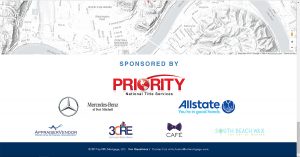 Josh Altman is a top producing residential and commercial real estate agent from Los Angeles who was cast in a starring role on the hit Bravo television show “Million Dollar Listing”. He has been featured in several media outlets such as ABC, NBC, CBS, CNBC, Forbes, People, The Wall Street Journal, Business Insider, New York Post, The Huffington Post,
Fox News, Billboard, and many more for his business savvy. He plays the role as a keynote speaker, TV personality, host, and coach due to his tremendous success. Altman knows the real estate business inside and out offering training which could take your business to the next level.

The event takes place October 5, 2017 between 1-3 PM. The Art of Making Money in Real Estate with Josh Altman presented by NRL Mortgage is invite only. Limited seats are available. More details are available on the website.